Some new grains have entered the market, including amaranth, buckwheat, and quinoa.

Psuedograins or false grains are technically not grains because they come from broadleaf plants instead of grasses. Some of the more common examples include amaranth, quinoa, and buckwheat.

From the above-mentioned grains, three major grains are discussed in this blog. 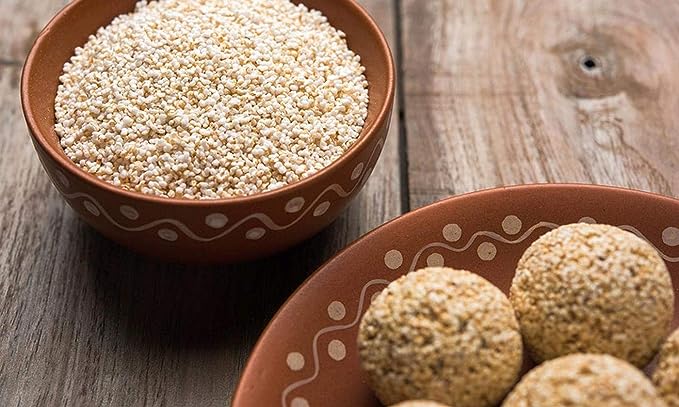 Amaranth is a high-protein, gluten-free grain that is becoming more available in the marketplace. It yields flour that imparts moistness and a nutty flavor to baked products. The grain is so small that an expression in Africa states, “Some things are not worth an amaranth (seed)”.

Amaranth was eaten by the Aztecs, who considered it a “superfood” due to its purported energy and athletic performance-enhancing effects. It is one of the earliest known plants used as a food source. Amaranth is high in protein and fiber and has double the amount of iron found in wheat.

Due to its excellent nutritional profile, the National Academy of Sciences recommended that amaranth be promoted as an addition to the American diet.

Amaranth can also be served like popcorn by popping it in a dry frying pan.

One cup (246 grams) of cooked amaranth contains the following nutrients:

It has also been associated with a number of health benefits, including reduced inflammation, lower cholesterol levels, and increased weight loss.

Here are a few easy ways to enjoy this nutritious grain: 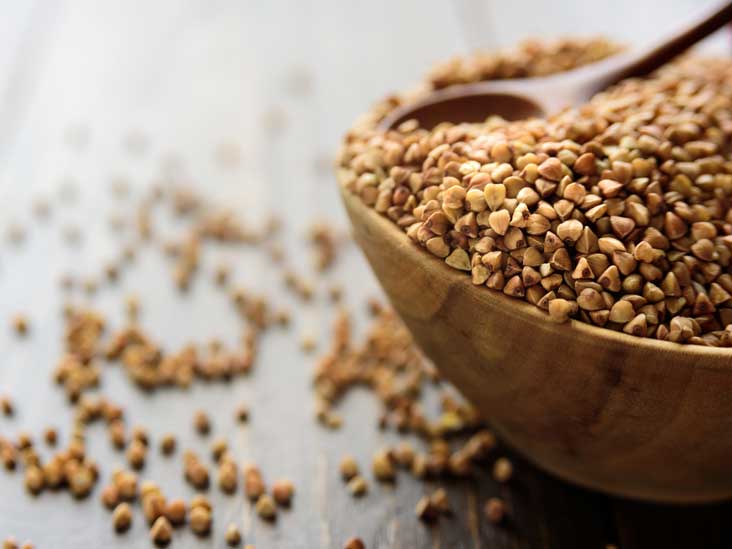 Buckwheat is not related to wheat and is not, strictly speaking, a true grain.

It is, in fact, the fruit of a leafy plant that is related to rhubarb. It is, however, generally categorized as a grain because of its use as flour and cereal. The nut-like flavor of buckwheat flour makes it a popular addition to pancake flour and some breakfast cereals and crepes. The roasted, cracked, and granulated buckwheat is known as kasha, a dish made of buckwheat groats, popular in Eastern European countries.

Carbs are the main dietary component of buckwheat. Protein and various minerals and antioxidants are also present.

The nutritional value of buckwheat is considerably higher than that of many other grains. The nutrition facts for 3.5 ounces (100 grams) of raw buckwheat are:

Buckwheat is richer in minerals than many other pseudocereals and cereals. It’s high in manganese, copper, and magnesium but low in most vitamins.

Buckwheat is richer in antioxidants than many common cereal grains. Its plant compounds include rutin, quercetin, vitexin, and D-chiro-inositol.

It is gluten-free, a good source of fiber, and rich in minerals and various plant compounds, especially rutin.

As a result, buckwheat consumption is linked to several health benefits, including improved blood sugar control and heart health. 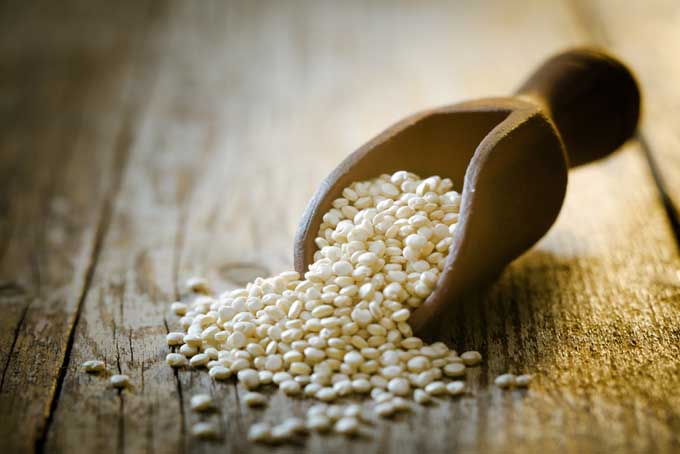 Quinoa is from the seeds of the Chenopodium plant and is technically a fruit, so it is gluten-free.

A staple food of the Andean culture since 3000 BC and sometimes referred to as “Inca rice,” quinoa is a very good source of plant protein (13%), higher in the amino acid lysine than wheat, and popular among vegetarians.

The Incas of South America called quinoa the “mother of all grains”. The tiny, seed-like kernels must be rinsed before cooking to remove the natural bitter coating of saponin on the surface, leaving a rather mild, pleasant-flavored grain that cooks very quickly. In some cultures, quinoa was considered a sacred crop and was a dietary staple served with potatoes and herbs.

The nutrition facts for 3.5 ounces (100 grams) of cooked quinoa are:

Quinoa packs more nutrients than most other grains and is relatively high in quality protein.

It’s rich in vitamins, minerals, and plant compounds, as well as antioxidants.

If you want to increase the nutrient content of your diet, replacing other grains like rice or wheat with quinoa may be a good start.